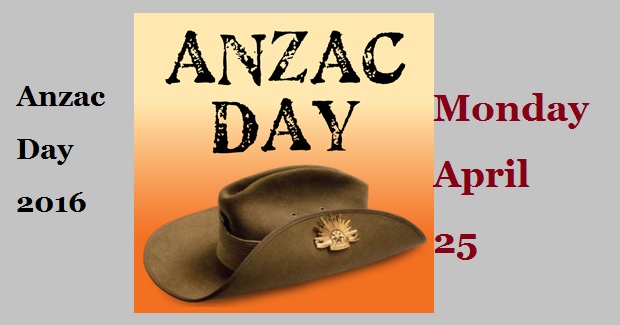 As someone who has never served in the armed forces, never faced a shot fired in anger, and never lost close family members in war, I am in awe of the Anzac generation who were tested almost beyond endurance.

Today, we remember the Gallipoli landing.

Yet this was just one day and Gallipoli was but one campaign in a four year war.

On the 99th anniversary of Australia’s baptism of fire, we remember that fateful day.

We also remember the great tide of events – of which Gallipoli was just one part – that shaped our nation and that still casts its shadow over the wider world.

The First World War impacted Australia like nothing else, before or since.

Dawn Service. The Dawn Service is one of the most revered and popular ceremonies that takes place on Anzac Day. The Dawn Service is thought to have originated in the military routine known as the “stand-to.” Opposing armies often attacked in the partial light of dusk and dawn. Ever vigilant, the Australian military made it a practice to wake the soldiers and prepare them at their posts with weapons before the other armies could strike. The stand-to technique is still used by the Australian military to this day. The Dawn Service seeks to recapture those quiet moments in the near-darkness, when soldiers had an opportunity to bond and reflect. While the first Dawn Services were vigils performed only by veterans in complete silence, all Australians are encouraged to participate. Today, some services feature readings, hymns, and riffle volleys.
The Last Post. Often heard at the Dawn Service and other memorials on Anzac Day, The Last Post is the tune that is played over a bugle to signify the end of the day, or the final post. The soldiers could then take their rest. At memorial services, this melody is played to suggest the last post as a metaphor. The soldiers who are being honoured can hear the tune and know that all duties have been completed, so he or she may finally rest in peace.
Marches, Memorials, and Exhibits. Throughout the day, many towns host marches that feature veterans and members of The Returned & Services League. Thousands of people gather to give their thanks and respect along the parade routes. Memorial readings where well known poems such as “For the Fallen” and “In Flanders Fields,” help the community to honour and remember those who have served in the military, and better experience what they went through. Haunting verse such as, “Take up our quarrel with the foe: / To you from failing hands we throw / The torch; be yours to hold it high. / If ye break faith with us who die,” cause those in attendance to take a moment and really consider what roles our soldiers play in the greater context of Anzac Day. War memorials and museums also host exhibits on Australia’s military history to deepen our understanding.
Red Poppies. The lines that follow in Canadian Colonel John McCrae’s poem, “In Flanders Field,” mention, “We shall not sleep, though poppies grow / In Flanders fields.” Red poppies were the first flowers to bloom on the battlefields of Northern France and Belgium despite the bloodshed in the First World War. It was a popular tale among soldiers that the flowers gained their bright red hue from the blood of the fallen that had soaked into the ground. These red flowers are placed on war memorials as a symbol of remembrance, and perhaps a reminder that out of sacrifice, new hope emerges.
Anzac Day Football. Although football had been played on Anzac Day for a number of years, the match between Collingwood and Essendon did not become a standard recurrence until 1995. When Collingwood and Essendon first squared off against each other, it was not uncommon for AFL matches to occur on Anzac Day, as donations from the day went to benefit the RSL. However, after that first match between the classic rivals, it became clear that this annual match was a special way to pay tribute to the values of Anzac Day; while deployed across the globe, football played by Anzac soldiers as a way to sharpen their skills, keep up good humour, and forge better connections with one another. That same vein of spirit, courage, mateship, and fairness runs throughout the day, at the end of the annual match, the Anzac medal is awarded to the player who best demonstrates these highly valued Australian qualities.
Catafalque parties. A catafalque is a raised structure that holds a coffin. At a funeral as a sign of respect, four soldiers would stand about a meter away from the catafalque, facing in four different directions, with their heads lowered and weapons held at reverse. Mourners would pass by to say farewell to the departed. On Anzac Day, you may see soldiers standing in such a position again as a sign of tribute.
Anzac Biscuits. These treats had a very practical beginning. During the First World War, the friends and families of soldiers would send care packages overseas. Since any food they could send had to be resistant to spoilage and full of nutrition, a biscuit made from rolled oats, sugar, flour, coconut, butter, and a few other ingredients became a popular pastry to pack in boxes. To this day, Anzac biscuits are one of the few product approved to bare the Anzac acronym, which is protected by Federal Legislation.