Canadian Thanksgiving – also known as simply Thanksgiving Day in English or Jour de l’action de grâce in French Canadian – is a public holiday in Canada that is celebrated on the second Monday in the month of October.
It is a chance for people to give thanks for a good harvest and other fortunes in the past year.

Thanksgiving in 2018 is Monday, October 8. Thanksgiving in Canada is celebrated on the second Monday of October each year and it’s an official statutory holiday – except in PEI, Newfoundland, New Brunswick and Nova Scotia – however federally regulated institutions do observe Thanksgiving in those provinces too.

Thanksgiving a day selected to sit together exchange greetings bring something at your choice and serve by the persons whose house you gather. Enjoy relax make good wishes for others around you. A sign of love cooperation and affiliation. A good day became remembrance.

Today, it is celebrated by gathering with loved ones and preparing the Thanksgiving Day meal, which usually includes turkey, mashed potatoes, stuffing, cranberry sauce and many other dishes.

The original idea is to give thanks for the past harvest season but for many Canadian families the tradition has changed over time and the focus is now to get together with family and eat a large turkey dinner. Apple cider is a must for any traditional thanksgiving celebration as well as turkey stuffing and pumpkin pie.

The first Thanksgiving holiday was held in Canada in 1872 to celebrate the recovery of the Prince of Wales from a serious illness. After 1879 celebrations were held every year but not always in October – it used to be observed around Armistice Day in November.

At the Crawford Lake conservation area (Milton, ON) a path around the lake has pictures and short stories of native people and their celebrations. One of the stories is about thanksgiving; it starts with this sentence:

“Thanksgiving to native Indians was a way of everyday life rather than a one-day celebration.

Many people have a day off work on the second Monday of October. They often use the three-day Thanksgiving weekend to visit family or friends who live far away, or to receive them in their own homes. Many people also prepare a special meal to eat at some point during the long weekend. Traditionally, this included roast turkey and seasonal produce, such as pumpkin, corn ears and pecan nuts. Now, the meal may consist of other foods, particularly if the family is of non-European descent.

The Thanksgiving weekend is also a popular time to take a short autumn vacation. This may be the last chance in a while for some people to use cottages or holiday homes before winter sets in. Other popular activities include outdoor breaks to admire the spectacular colors of the Canadian autumn, hiking, and fishing. Fans of the teams in the Canadian Football League may spend part of the weekend watching the Thanksgiving Day Classic matches.

The native peoples of the Americas held ceremonies and festivals to celebrate the completion and bounty of the harvest long before European explorers and settlers arrived in what is now Canada. Early European thanksgivings were held to give thanks for some special fortune. An early example is the ceremony the explorer Martin Frobisher held in 1578 after he had survived the long journey in his quest to find a northern passage from Europe to Asia.

Many thanksgivings were held following noteworthy events during the 18th century. Refugees fleeing the civil war in the United States brought the custom of an annual thanksgiving festival to Canada. From 1879, Thanksgiving Day was held every year but the date varied and there was a special theme each year. The theme was the “Blessings of an abundant harvest” for many years. However, Queen Victoria’s golden and diamond jubilees and King Edward VII’s coronation formed the theme in later years. 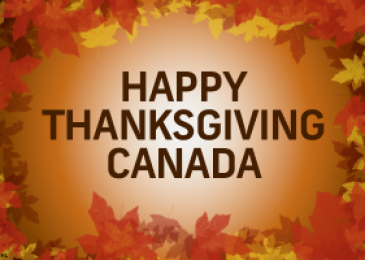 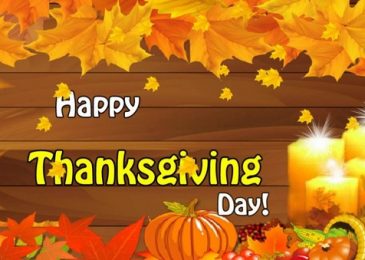