Hello buddies. Here is a great collection of 101 Inspirational & Motivational Quotes for Athletes fro popular and famous persons sports. Share these to motivate your friends who love games. 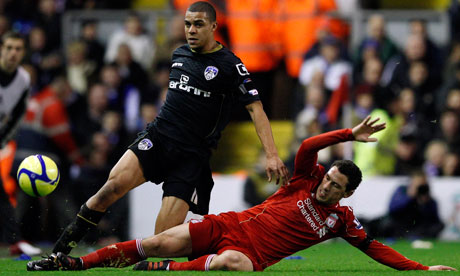 “I know what I have to do, and I’m going to do whatever it takes. If I do it, I’ll come out a winner, and it doesn’t matter what anyone else does.”

“You can’t put a limit on anything. The more you dream, the farther you get.”

“If I didn’t swim my best, I’d think about it at school, at dinner, with my friends. It would drive me crazy.”

“Pain is temporary. It may last a minute, or an hour, or a day, or a year, but eventually it will subside and something else will take its place. If I quit, however, it lasts forever.”

“The principle is competing against yourself. It’s about self-improvement, about being better than you were the day before.”

“You’re never a loser until you quit trying.”

“The difference between the impossible and the possible lies in a person’s determination.”

“I don’t want to be the next Michael Jordan, I only want to be Kobe Bryant.”

“When you see a good move, look for a better one.”

“Set your goals high, and don’t stop till you get there.”

“Just keep going. Everybody gets better if they keep at it.”

“I’ll do whatever it takes to win games, whether it’s sitting on a bench waving a towel, handing a cup of water to a teammate, or hitting the game-winning shot.”

Quotes for Athletes which gives Motivation

“Strength does not come from winning. Your struggles develop your strengths. When you go through hardships and decide not to surrender, that is strength.”

“Some people want it to happen, some wish it would happen, others make it happen.”

“I’ve missed more than 9,000 shots in my career. I’ve lost almost 300 games. 26 times, I’ve been trusted to take the game winning shot and missed. I’ve failed over and over and over again in my life. And that is why I succeed.”

“If you do the work you get rewarded. There are no shortcuts in life.” – Michael Jordan

You are never really playing an opponent. You are playing yourself, your own highest standards, and when you reach your limits, that is real joy. Arthur Ashe

People who are unable to motivate themselves must be content with mediocrity, no matter how impressive their other talents.

“As an athlete, I’d average 4 hours a day. It doesn’t sound like a lot when some people say they’re training for 10 hours, but theirs includes lunch, massage and break. My four hours was packed with work.”

“The highest compliment that you can pay me is to say that I work hard every day, that I never dog it.”

“Without self-discipline, success is impossible, period. ”

“I hated every minute of training, but I said, ‘Don’t quit. Suffer now and live the rest of your life as a champion.’”

“The pain of discipline is far less than the pain of regret.”

“Every day of my life, I’m trying to find a way to get better.”

“You’re never a loser until you quit trying.”

“No matter the circumstances that you may be going through, just push through it.”

“Never let your head hang down. Never give up and sit down and grieve. Find another way.”

“It’s hard to beat a person who never gives up.”

“You’re playing a game, whether it’s Little League or Game 7 of the Word Series. It’s impossible to do well unless you’re having a good time. People talk about pressure. Yeah, there’s pressure. But I just look at it as fun.”

“When I was younger, I was always taught not to make excuses.”

“Never let your head hang down. Never give up and sit down and grieve. Find another way.”

“There are only two options regarding commitment. You’re either IN or you’re OUT. There is no such thing as life in-between.” –

“Some people say I have attitude – maybe I do…but I think you have to. You have to believe in yourself when no one else does – that makes you a winner right there.”

“Most people give up just when they’re about to achieve success. They quit on the one yard line. They give up at the last minute of the game one foot from a winning touchdown.”

“I always felt that my greatest asset was not my physical ability, it was my mental ability.”

“The price of success is hard work, dedication to the job at hand, and the determination that whether we win or lose, we have applied the best of ourselves to the task at hand.”

“Perfection is not attainable, but if we chase perfection we can catch excellence.”

“The only place success comes before work is in the dictionary.”

28 Best Quotes on Life In English