What is Victoria Day?

Victoria Day (in French: Fête de la Reine) is a federal Canadian public holiday celebrated on the last Monday before May 25, in honour of Queen Victoria’s birthday. The date is also, simultaneously, that on which the current reigning Canadian sovereign’s official birthday is recognized. It is sometimes informally considered as marking the beginning of the summer season in Canada. 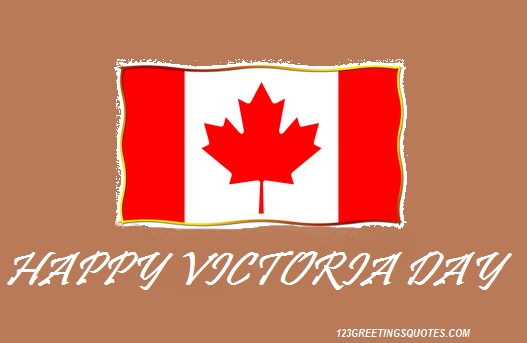 Why do canadians celebrate victoria day?

The monarch’s birthday has been celebrated in Canada since before the beginning of Queen Victoria’s reign. After her death, in 1901, May 25 became known as Empire Day. The sovereign’s official birthday was still celebrated, often on the King’s or Queen’s actual birthday. In 1952, Empire Day was moved to the Monday before May 25 and since 1953, the official birthday of Queen Elizabeth II has been celebrated on this date in Canada. In 1958, Empire Day became known as Commonwealth Day, which was moved to the second Monday in March. The Monday before May 25 then became known as Victoria Day, which is a Canadian statutory holiday.

Victoria played an active role in Canadian development. For instance, she chose Ottawa as the new capital – the Westminster of the Wilderness, and named British Columbia, and she personally encouraged Confederation in 1867. But she was also the symbolic focus of Canadian unity. Sir John A. Macdonald, the Father of Confederation, said that the purpose of Confederation “was to declare in the most solemn and emphatic manner [Canadians’] resolve to be under the sovereignty of [Queen Victoria] and [her] family forever”. Victoria was truly the Mother of Confederation.

As a result, when Queen Victoria died in January 1901, the Canadian Parliament, independent of anything that was happening elsewhere in the Empire, created a memorial holiday “Victoria Day” on 24th May to remember the Queen’s birthday. That is the beginning of “Victoria Day” distinct from “The Queen’s Birthday” as a holiday. The new monarch, King Edward VII’s birthday was in November so Canadians decided to continue celebrating it officially on 24th May. King George V was born in June however so, in 1911, the King’s Birthday was celebrated in June and Victoria Day continued to be observed on 24th May. Except for two years, that remained the situation until Queen Elizabeth II came to the Throne in 1952.
the Queen’s Birthday and Victoria Day remain important joint holidays celebrated in Canada in the 21st Century because they were given life by the Canadian people. The celebrations are neither an imported tradition nor an artificial creation force-fed by government. Celebrating both a beloved monarch of our history and the reigning monarch of Canada ensures that the festivities are rooted in our history but will never be archaic or stale. Like the Monarchy itself, they are constantly being renewed in significance and style of celebration by the life and personality of the Sovereign of Canada to whom the tribute is given, and by the collective personality of the Canadian people by whom it is offered.

What do people do on Victoria Day?

What traditions are upheld on Victoria Day? Well, if you’re enjoying a downtown stroll at noon in the nation’s capital or in any provincial capital, you’ll hear the firing of a 21-gun salute. You’ll also see the Royal Union flag (the “Union Jack”) flying alongside the National Flag of Canada, the “Maple Leaf,” from sunrise to sunset at federal buildings and properties.

If you’re in downtown Victoria, British Columbia—a city named for the Queen—you may join over 120,000 spectators watching marching bands, floats and clowns performing during the annual Victoria Day Parade.

Finally, you might be one of many Canadians ooohing and aaahing over dazzling firework displays that light up the evening sky of most Canadian cities. You might even choose to set off your own firecrackers and sparklers.

The Eaton Centre will be open on Victoria Day from 10 a.m. to 6 p.m. along with a few other malls, including Square One and Vaughan Mills. Yorkdale and Sherway Gardens will be closed.
Despite the averted strike, LCBO and beer stores will be closed as well.
If you’re looking for a fun activity over the weekend, however, Canada’s Wonderland will be open from 10 a.m. to 8 p.m. The CN Tower will be open, too. For anyone interested in seeing the famous pandas, the Toronto Zoo will be open on Monday and the panda exhibit will open to the public on Saturday.
Toronto’s five municipal golf courses will also be open on Victoria Day.

All banks will be closed.

All City of Ottawa parking regulations and restrictions will apply on Victoria Day.
Transit services:

Many pools, fitness centres and some arenas will be open on Victoria Day for public swimming, skating and fitness classes with modified schedules. Please check with ottawa.ca or the facility of your choice for details.
Many registered programs at swimming pools, community centres and arenas are cancelled on Victoria Day; however, clients should check with their facility to confirm, as some exceptions will apply.
Ottawa Public Health:

City of Ottawa Archives, arts centres, galleries, theatres and museums will be closed on Victoria Day. However, clients should check with ottawa.ca or their facility to confirm holiday hours, as some exceptions may apply.
The Billings Estate National Historic Site, Cumberland Heritage Village Museum and Pinhey’s Point Historic Site will be closed. But the Nepean Museum and the park at Pinhey’s Point Historic Site will remain open.
Fairfields Heritage House will be open by appointment only.
Archival services:

The City of Ottawa Archives Reference Services and Gallery 112 will be closed from Saturday, May 17, to Monday, May 19, for the Victoria Day weekend.
Municipal child care services:

All branches, departments and services of the Ottawa Public Library will be closed on Victoria Day. Business will resume as usual on Tuesday.