Hello readers. Here are Religious Christian Fathers Day Quotes @ Bible on FATHER collected for you to share the Gospel words from the scriptures. These are most wonderful words from the BIBLE to show the love of the FATHER and to know the responsibilities of a worldly DAD. Ephesians 6:4
Fathers do not exasperate your children; instead, bring them up in the training and instruction of the Lord.

Start children off on the way they should go, and even when they are old they will not turn from it.

Fathers, do not embitter your children, or they will become discouraged.

Proverbs (ch. XXII, v. 6)
Train up a child in the way he should go: and when he is old, he will not depart from it.

For you know how, like a father with his children, we exhorted each one of you and encouraged you and charged you to walk in a manner worthy of God, who calls you into his own kingdom and glory.
“It is a wise father who knows his child. But maybe it’s a very wise child who takes time to know his father.”

Endure hardship as discipline; God is treating you as his children. For what children are not disciplined by their father?

“He didn’t tell me how to live; he lived, and let me watch him do it.”

“I just owe almost everything to my father [and] it’s passionately interesting for me that the things that I learned in a small town, in a very modest home, are just the things that I believe have won the election.”
– Margaret Thatcher

“In the baby lies the
future of the world.
Mother must hold the baby close
so that the baby knows it is his
world but the father must take him to
the highest hill so that he can see
what his world is like.”

“Dads are most ordinary men turned by love into heroes, adventurers, story-tellers, singers of songs.”

“My son, obey your father’s commands, and don’t neglect your mother’s teaching.”

“My grandfather always said that living is like licking honey off a thorn.”

“A new father quickly learns that his child invariably comes to the bathroom at precisely the times when he’s in there, as if he needed company. The only way for this father to be certain of bathroom privacy is to shave at the gas station.”

“I watched a small man with thick calluses on both hands work fifteen and sixteen hours a day. I saw him once literally bleed from the bottoms of his feet, a man who came here uneducated, alone, unable to speak the language, who taught me all I needed to know about faith and hard work by the simple eloquence of his example.”

“My father said, ‘Politics asks the question: Is it expedient? Vanity asks: Is it popular? But conscience asks: Is it right?'”

“The righteous man walks in his integrity; his children are blessed after him.”

“By the time a man realizes that maybe his father was right, he usually has a son who thinks he’s wrong.”

“Fifth Commandment: Honor thy father and thy mother; that thy days may be long upon the land which the Lord thy God giveth thee.”

Discipline your son, for there is hope; do not set your heart on putting him to death.

“One father is more than a hundred schoolmasters.”

“My father always told me, ‘Find a job you love and you’ll never have to work a day in your life.'”

Psalms (ch. CXXVIII, v. 3)
Thy wife shall be as a fruitful vine by the sides of thine house: thy children like olive plants round about thy table.

And he arose and came to his father. But while he was still a long way off, his father saw him and felt compassion, and ran and embraced him and kissed him. And the son said to him, ‘Father, I have sinned against heaven and before you. I am no longer worthy to be called your son. But the father said to his servants, ‘Bring quickly the best robe, and put it on him, and put a ring on his hand, and shoes on his feet. And bring the fattened calf and kill it, and cet us eat and celebrate. For this my son was dead, and is alive again; he was lost, and is found.’ And they began to celebrate.

Proverbs (ch. X, v. 1)
A wise son maketh a glad father: but a foolish son is the heaviness of his mother.

Ephesians 6:4
And, ye fathers, provoke not your children to wrath: but bring them up in the nurture and admonition of the Lord.

Matthew 7:11
If ye then, being evil, know how to give good gifts unto your children, how much more shall your Father who is in Heaven give good things to them that ask him? 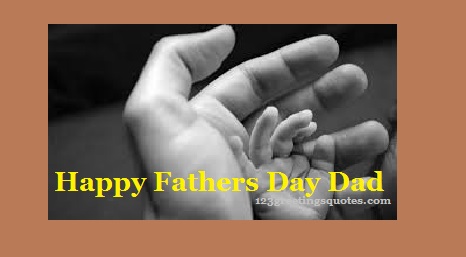