Jamhuri Day is a national holiday in Kenya, celebrated on 12 December each year. Jamhuri is the Swahili word for “republic” and the holiday is meant to officially mark the date of Kenya’s establishment as a republic which happened on 12 December 1964. 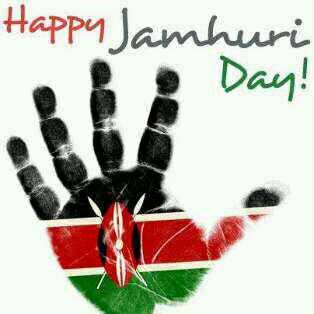 The country also gained full independence from the United Kingdom one year earlier on 12 December 1963, so Jamhuri Day is a double event and is generally regarded as Kenya’s most important holiday, marked by numerous cultural festivities which celebrate the country’s cultural heritage.

Jamhuri Day, also called Independence Day, one of the most important national holidays in Kenya, observed on December 12. The holiday formally marks the date of the country’s admittance in 1964 into the Commonwealth as a republic and takes its name from the Swahili word jamhuri (“republic”); December 12 is also the date when Kenya obtained its independence from Great Britain in 1963.

Under British rule since the late 19th century, Kenya officially became a British colony in 1920. The colonial administration opposed African demands for a greater role in the political process, and it was not until 1944 that an African was included in the colony’s legislature. Disputes over land and cultural traditions continued, however, and the movement against colonial rule grew, culminating in the Mau Mau uprisings in the 1950s, during which the country was plunged into a state of emergency through most of the decade. Africans gained some social and economic concessions as a result of the uprisings, and African political participation increased in the early 1960s. Kenya gained independence on Dec. 12, 1963, and became a republic a year later, with Jomo Kenyatta as its president.

Because Jamhuri Day has such historical significance, virtually every Kenyan celebrates the holiday to some extent. Celebrations include feasts, political speeches, parades, and dancing.
Jamhuri Day, or Kenyan Independence Day, is a time of celebration for Kenyan families and citizens. Many other countries controlled Kenya for hundreds of years. Kenya finally became a free country in 1963 and was named for Jomo Kenyatta who became Kenya’s first prime minister and president. Since that time, on December 12, Kenyan families feast together, and dress and dance in traditional styles. Parades, bungee jumps,speeches, air shows and discussions of history are well attended. Freedom is celebrated,and people are thankful for the unity of Kenya’s many diverse cultures.