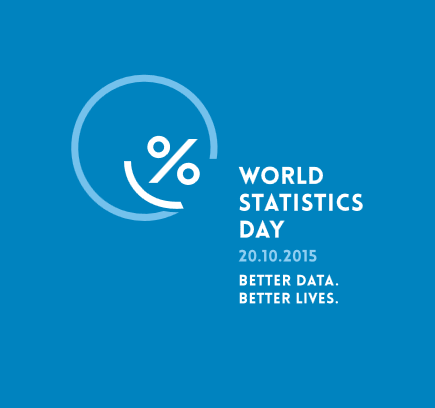 UNSD is calling on countries, regional and supranational organizations, thematic-oriented institutions, and government and nongovernmental organizations to join this global celebration of official statistics.

Each participating country and organization can design its celebration and create materials that fit best within its national identify and relate its ideas to the main theme for World Statistics Day and the materials that will be created and disseminated to countries by the UNSD. Among these promotional materials will be posters, pamphlets and handouts. The division also will provide assistance—where possible—with publicity, the organization of seminars and workshops and participation in special events.

The objective of the event is to bringing the importance of official statistics to the attention of policy decisionmakers at the highest levels of national governments and to the public.

what is statistics? Several informal definitions are offered in the book A Career in Statistics: Beyond the Numbers by Gerald Hahn and Necip Doganaksoy: