America celebrates July 4 as Independence Day because it was on July 4, 1776, that members of the Second Continental Congress, meeting in Philadelphia, adopted the final draft of the Declaration of Independence.

Following its adoption, the Declaration was read to the public in various American cities. Whenever they heard it, patriots erupted in cheers and celebrations. In 1777, Philadelphians remembered the 4th of July. Bells were rung, guns fired, candles lighted, and firecrackers set off. However, while the War of Independence dragged on, July 4 celebrations were modest at best.
When the war ended in 1783, July 4 became a holiday in some places. In Boston, it replaced the date of the Boston Massacre, March 5, as the major patriotic holiday. Speeches, military events, parades, and fireworks marked the day. In 1941, Congress declared July 4 a federal holiday.

Independence Day is considered as a Public Day with outings, picnics and lots of outdoor events like parades, air shows, barbecues, fireworks and musical concerts. Parades generally occur in the morning and the fireworks occur in the evening. Independence Day fireworks are usually accompanied with the patriotic songs like “God Bless America”, “The Star-Spangled Banner”, “America the Beautiful” etc.
Americans proudly fly the American Flag, sing songs and enjoy the day with their friends and families. 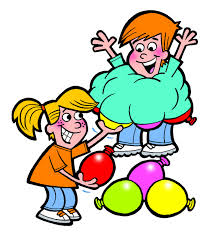 Game for kids on July 4th 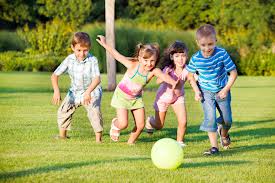 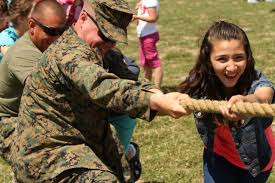 Also called ‘Pickle’ or ‘Monkey in the Middle’…
Two or more players must pass a ball to one another, while a player in the middle attempts to intercept it.
The game could be considered a reverse form of dodgeball—instead of trying to hit people in the middle with the ball, players attempt to keep the ball away from them.

Here’s a good way to enjoy a hot summer day without a swimming pool. For this game, you’ll need some spray bottles, or empty dish soap bottles with the cap on.

Try playing this game as Freeze Tag. You must freeze in place when you are squirted. You can be unfrozen by having another player crawl between your legs. If “It” manages to freeze everyone, he or she gets to squirt again.

Online Learning Games for kids are a great way to build the skills that kids need to succeed in school. These educational games for kids make learning fun with math facts, language arts, and more. Children enjoy learning with educational games. Kids can learn with math addition facts, multiplication flash cards, language puzzles, and more to make their learning experience rewarding and fun.

STUCK IN THE MUD
A basic tag game.
If children are tagged, they must stand with their legs apart (stuck in
the mud) until someone crawls through and releases them.