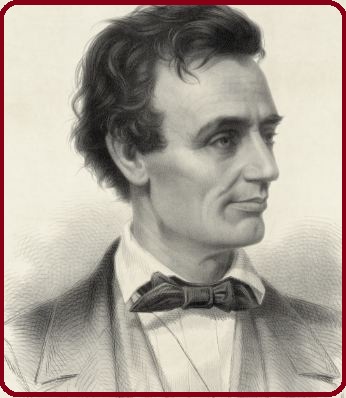 Abraham Lincoln was born in Hardin County, Kentucky, on February 12 in 1809. He lived for a time in Indiana before moving to Illinois. He worked on a farm, split rails for fences, worked in a store, was a captain in the Black Hawk War, and worked as a lawyer.Lincoln began his political career at the age of 23 in 1832 when he ran an unsuccessful campaign for the Illinois General Assembly, as a Whig Party member. He joined the newly formed Republican Party in 1854 and was nationally recognized during the 1858 debates with Stephen Douglas despite Douglas’ win in the race for US Senator.Lincoln was known as the Great Emancipator, the Rail Splitter and Honest Abe. He was the president throughout the American Civil War and is known for his struggle to preserve the Union and the issuance of the Emancipation Proclamation. John Wilkes Booth assassinated Lincoln at Ford’s Theatre in Washington DC on Good Friday, April 14, 1865.Several states honor presidents with official state holidays that do not fall on the third Monday of February. In New Mexico.