What Is The Date Of National Heroes Day In Philippines?

National Heroes Day is a national public holiday in the Philippines to honor the country’s heroes and is held on the last Monday of August to mark the anniversary of the Cry of Pugad Lawin, the beginning of the Philippine Revolution by the Katipunan and its Supremo Andrés Bonifacio in 1896.

Yes. National Heroes Day is a national public holiday in the Philippines

The holiday celebrates both known and unknown heroes, a National Heroes Committee was established in 1995, in advance of the Revolution’s centennial, to propose a list of “National Heroes”.

Why Do We Celebrate National Heroes Day In The Philippines?

August 25, is a National Heroes Day in the Philippines to commemorate all the nation’s heroes throughout history. It is a regular holiday that marks the 1896 “Cry of Pugad Lawin” by the Katipunan, which pioneered the Philippine revolution.

Whilst National Heroes Day celebrates both known and unknown heroes, a National Heroes Committee was set up in 1995 to recommend those who should be counted as ‘National Heroes’. Following certain criteria, they found a select group of people who, they believed, should be honoured for their deeds. These were:

When Is National Heroes Day In The Philippines 2014?

Filipinos all over the country will be enjoying a three-day weekend later this August as the nation celebrates the annual National Heroes Day (Pambansang Araw ng mga Bayani). This year, the day falls on August 25, Monday.

History and Significance Of National Heroes Day In The Philippines

National Heroes Day is a regular holiday as listed in Proclamation 655, which President Benigno Aquino III signed September of 2013.

This year’s Araw ng mga Bayani comes just four days after the nation marks the 31st anniversary of the assassination of the late Senator Benigno Aquino Jr., which for its part is a special non-working holiday.

As noted in our National Heroes Day post last year, the last week of August is significant in Philippine history because it is during this time period when Andres Bonifacio and Katipunan, the revolutionary group that he founded, began the armed struggle for liberation against the Spanish colonial government.

Historian Milagros Guerrero for her part went as far as arguing that Katipunan during the aforementioned time period effectively became the first Filipino national government.

“Filipinos should recognize Bonifacio not only as the founder of the Katipunan and leader of the revolution of 1896, but as the first Filipino president: the father of the nation and founder of our democracy,” she wrote back in 2003. 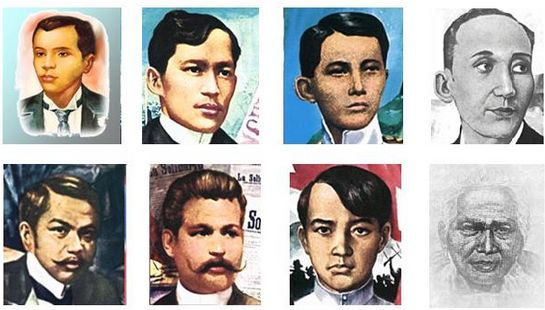 If the forebears whom we celebrate were alive today, National Heroes’ Day, they would be nodding in approval of every Filipino who is working for the abolition of the pork barrel.
Dr. Jose Rizal, Andres Bonifacio, Apolinario Mabini, Melchora Aquino and countless others did not lay down their lives to throw our motherland to oppressors among her own sons and daughters.
When the Philippine revolt against colonizer Spain was nigh, Bonifacio wrote what could be said today amid the darkness wrought by the pork barrel system: “Reason tells us not to waste time hoping for the promised prosperity that will never come and materialize.”
“Reason tells us,” the great plebeian said, “to be united in sentiment, thought and purpose in order to have the strength to combat the prevailing evils in our country.”
Politics based on patronage and oiled by pork barrel funds is at the heart of the evils prevailing in the Philippines.
The phenomenon is so insidious that as we saw last week, the son of heroes, President Benigno Aquino III could show only a feeble semblance of abolishing the priority development assistance fund (PDAF).
President Aquino announced Friday that the time has come for the pork barrel to be abolished only for Budget Secretary Florencio Abad to clarify later that the PDAF remains in the General Appropriations Act for 2014.
Did not Rizal write that “Cowardice rightly understood begins with selfishness and ends with shame”?
From refineries in Middle Eastern deserts, embassies in the US to ships sailing the oceans of the world, Filipinos cry for the President to scrap the pork barrel immediately, not to announce, as he did, stricter mechanisms for politicians to bleed our coffers.
Never since the Second People Power Revolt toppled president Joseph Estrada in 2001 has the nation been in an uproar over official atrocity. 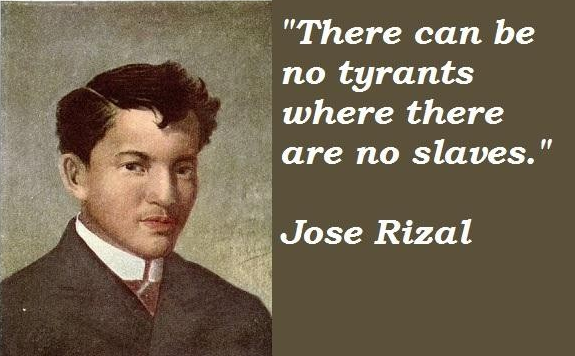 The people’s call culminates today in the Million People March against the pork barrel in historic sites like Rizal Park in Manila, Plaza Independencia in Cebu City and Freedom Park in Davao City.
Malacañang under P-Noy courts ignominy in continuing—out of fear of retribution from allies—to give any official unbridled discretion in spending people’s money.
Popular indignation will not fizzle out in the near future.
Fugitive Janet Napoles and the legislators involved in the P10 billion pork barrel scam have yet to be probed and jailed. Abusers must be punished.
The Commission on Audit’s findings about pork abuse only cover the years 2007 to 2009. What happened to pork in the first half of P-Noy’s administration?
President Aquino must set an example of making the supreme sacrifice by renouncing his own office’s claim to pork.
If he truly favors participatory governance, he must channel all pork to local development councils where people were meant to have a genuine say on which course the country should take in the quest for progress.
As Rizal would say, “The example could encourage others who only fear to start.”