Pledge-Taking Ceremony in Connection with Anti-Terrorism Day Every year, May 21 is observed as Anti-Terrorism Day throughout the country. It has decided that the ‘pledge taking ceremony’ in the offices of the Central Government will be on May 21 , 2014. The following is the pledge to be taken in Hindi. For English Version of the Pledge click here 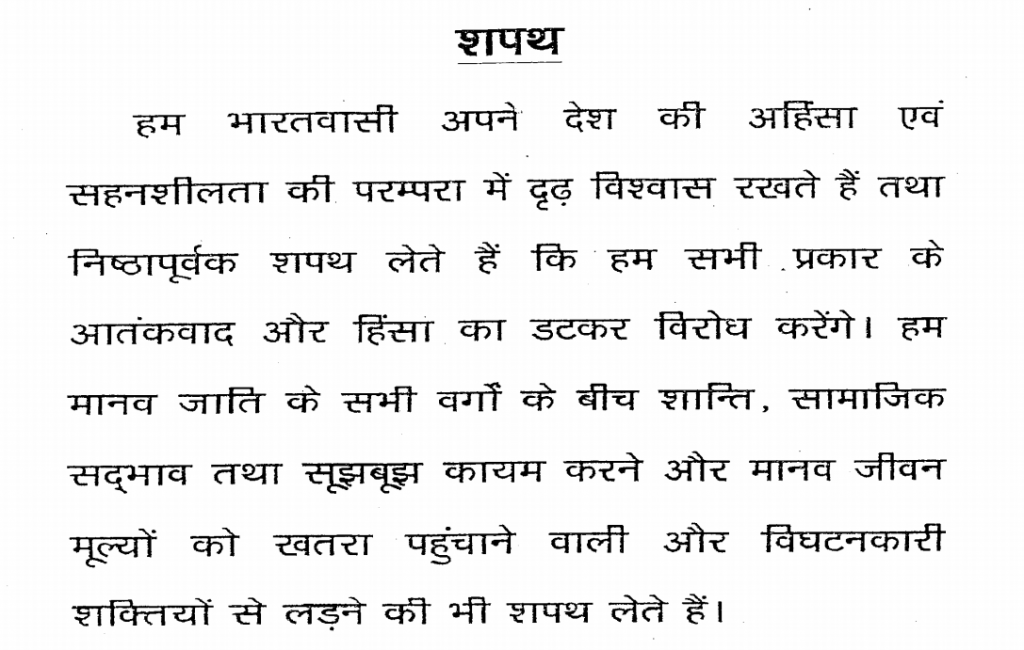 It was on 21st May in 1991 that former Prime Minister Rajiv Gandhi fell to the designs of terrorists. The Day is observed to generate awareness in the country among all sections of people, about the danger of terrorism and violence and their effect on the people, society and the country as a whole.

The objective behind the observance of Anti-Terrorism Day is to wean away the youth from terrorism and violence by highlighting the suffering of the common people and showing how this prejudicial to the national interest. These objectives are sought to be achieved by organizing debates/discussions in schools, colleges and universities; holding of symposia/seminars, lectures, etc. on the dangers of terrorism and violence and a determined and sustained drive to bring about a mass awakening against terrorism and violence.

Voluntary organizations, social and cultural bodies organize their own programmes through lectures, talks, discussions, musical and recitation programmes and cultural functions, etc. Mass education programmes are held to highlight the ill effects of violence and terrorism. Anti-terrorism/anti-violence pledge is taken in all Government offices, public sector undertakings and other public institutions.