When is International Day for the Elimination of Violence observed? 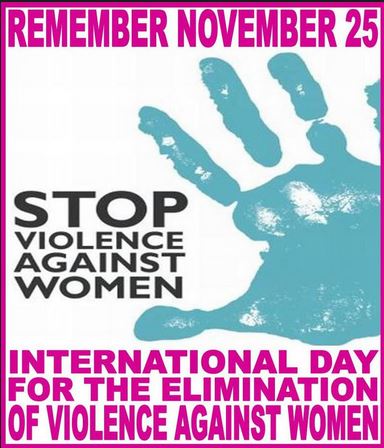 The United Nations General Assembly has designated November 25 as the International Day for the Elimination of Violence Against Women. The premise of the day is to raise awareness of the fact that women around the world are subject to rape, domestic violence and other forms of violence; furthermore, one of the aims of the day is to highlight that the scale and true nature of the issue is often hidden. For 2013, the official Theme framed by the UN Secretary-General’s campaign UNiTE to End Violence against Women, is Orange the World in 16 Days

“I welcome the chorus of voices calling for an end to the violence that affects an estimated one in three women in her lifetime. I applaud leaders who are helping to enact and enforce laws and change mindsets. And I pay tribute to all those heroes around the world who help victims to heal and to become agents of change .” said Secretary-General Ban Ki-moon

Why This International Day?

From 25 November, the International Day for the Elimination of Violence against Women, to 10 December, Human Rights Day, the 16 Days of Activism against Gender-Based Violence Campaign is a time to galvanize action to end violence against women and girls around the world.

This year, the United Nations Secretary-General’s Campaign UNiTE to End Violence against Women invites you to “Orange YOUR Neighbourhood.” Take the UNiTE campaign to local streets, shops and businesses, and organize “Orange Events” in your own neighbourhoods between 25 November and 10 December 2014.

Reach out to your neighbours, local stores, food-sellers on the corner of your street, gas stations, local cinemas, barbers, schools, libraries and post offices! Project orange lights and hang orange flags onto local landmarks, tie orange ribbons where you are allowed, and organize local ‘orange marches’ on 25 November to raise awareness about violence against women and discuss solutions that would work for your community.

History of International Day for the Elimination of Violence against Women

The date of November 25 was chosen to commemorate the Mirabal sisters, three political activists Dominican ruler Rafael Trujillo (1930-1961) who were brutally assassinated in 1960.

Do you know these Facts?

35% of women and girls globally experience some form of physical and or sexual violence in their lifetime with up to seven in ten women facing this abuse in some countries.
It is estimated that up to 30 million girls under the age of 15 remain at risk from FGM/C, and more than 130 million girls and women have undergone the procedure worldwide.
Worldwide, more than 700 million women alive today were married as children, 250 million of whom were married before the age of 15. Girls who marry before the age of 18 are less likely to complete their education and more likely to experience domestic violence and complications in childbirth.
The costs and consequence of violence against women last for generations.